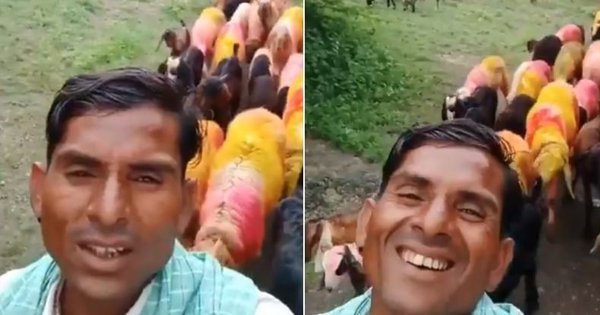 Some people win everyone’s heart with innocence and simplicity. These days, a similar guy has emerged on social media, on which people are showering lots of love. You have to see the video

In the video, this person is seen doing lip-syncing on the song ‘Inko Hum Le Ke Chale Hain’ from the 1994 film Hum Aapke Hain Kaun, herding sheep. This song of this film, which came in the 90s, became very popular at that time. This song of ‘Hum Aapke Hain Kaun’ was filmed on Madhuri and Salman. At the same time, this song is again on people’s lips. This is the reason for this. 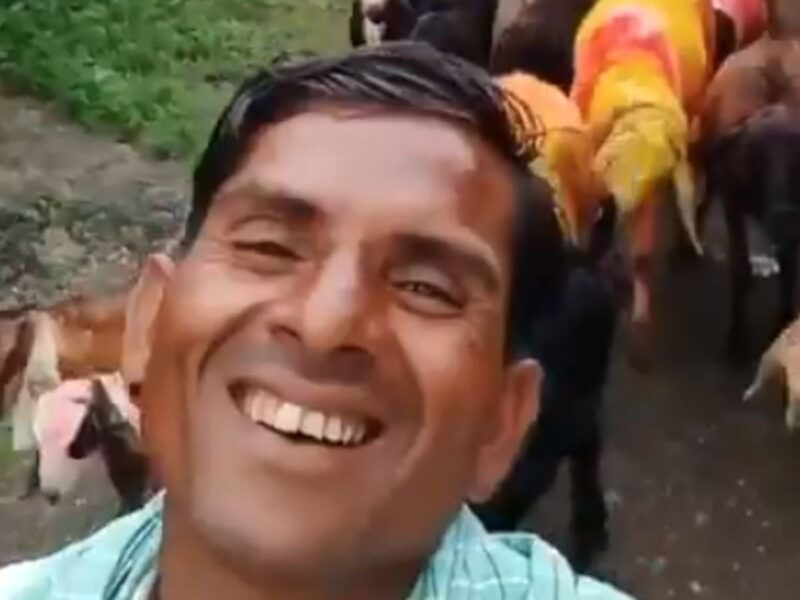 Lip-Syncing has also given a tremendous boost to this guy while singing a song while walking with a flock of sheep. Especially his laugh at the end of the video. The social media is completely taken aback by this behavior of the guy and the public of Twitter is also appreciating this person through tweet.

The video was shared by Twitter user Pratyusha, see the reactions of people:

Just curious what's with the color?

Exactly. Actually, he did it cool.

He got the laugh perfectly ????

He has the qualifications to became a next prophet.

By singing ‘Inko Hum Hum Le Ke Chale Hain’, this person gathered the love of the people. Now the thing to look forward to will be whether this person reaches Bollywood like the rest of the internet sensation or not? By the way whether he reaches Bollywood or not, he has reached the hearts of people. This is why 147.6K Views and 1.3K Likes have come on this video so far.