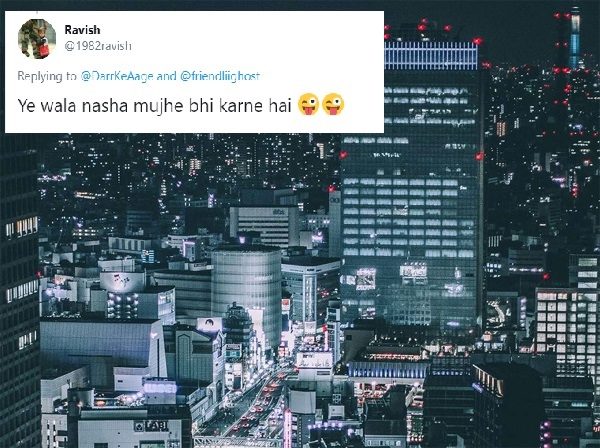 There may be a shortage of resources in our country. There may be a shortage of money from the government to the general public. Job loss may occur. There may also be less food to eat. But there is one thing that we Indians have too much and that is time. Especially the people of social media do not know how much time is there! Meaning anything is happening here every hour. The latest case is similar which is becoming quite viral.

On Twitter, a user named Piyush tweeted a tweet at 5 pm on 20 November. He shared a picture and wrote that his house in Malad, Mumbai has a view outside the balcony. The special thing is that the picture Piyush has shared, is of Tokyo. And after this, you will also say – “Kitna Faltu Samay hai bhai!!”

… And the amazing game has begun

Piyush’s tweet has been liked by 6.6k users till the time of writing the post. Retweeted more than 600 times. But this is not the real thing. The matter is that a large number of users are sharing photos with this tweet. Now the public is telling how their view of the balcony and the surroundings is. But… everyone is following Piyush. Meaning that the way he told Tokyo the Malad of Mumbai, someone is telling Dubai as UP and someone is telling Amsterdam to Gujarat.

I can see you from my balcony bro 🙋🏻‍♂️

Drone view of my Village in Bihar🥰🥰 pic.twitter.com/8Lc2jOWX8Z

My village in Bhojpur, Bihar pic.twitter.com/jqyWz7pb4D

On my way to office sector 126 noida. pic.twitter.com/ntBjwZSw4S