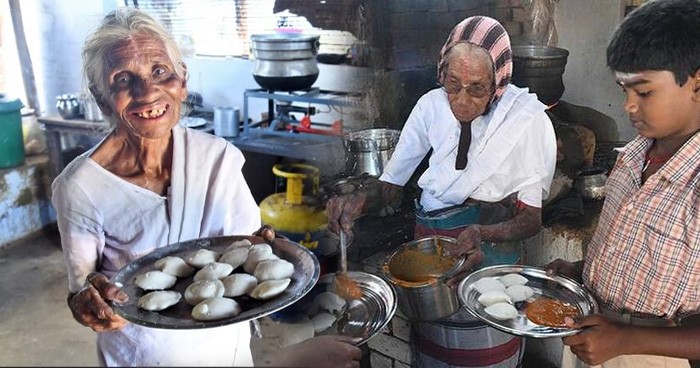 After 60 years, people retire and spend their remaining lives comfortably. But Kamalathal ji, who lives in Vadivelampalayam in Tamil Nadu, has not given up her work even when she is 80 years old and is doing her work with vigor even at this age. Kamalathal ji has been working for the last 30 years to sell idli and sambar and even after she is 80, she has continued her work. Kamalathal ji’s courage is very inspiring for the youth.

Kamalathal ji has been selling idli and sambar for many years and she gets up early in the morning and gets engaged in this task. Kamalathal ji wakes up in the morning and takes a bath first and then recites the puja. After completing the Puja lessons, Kamalathal ji goes to the fields with her son and brings fresh vegetables from there and chop these vegetables herself and prepare sambar from them. After preparing the sambhar, Kamalathal grinds the chutney on the silbatte and then prepares the idli. Kamalathal ji, 80 years old, does not take anyone’s help to make idli and sambar and prepare them by herself.

Kamalathalji’s idli and sambar are very famous and people come from far and wide to eat them. There is a long line of people outside her house to eat idli and sambar since morning.

Kamalathalji Idli and Sambhar sells for just one rupee. Not only this, she also give hot chutney with idli and sambar, which she prepare by herself. Idli sold by Kamalathal for just one rupee is very tasty and people are engaged in long lines to eat this idli. 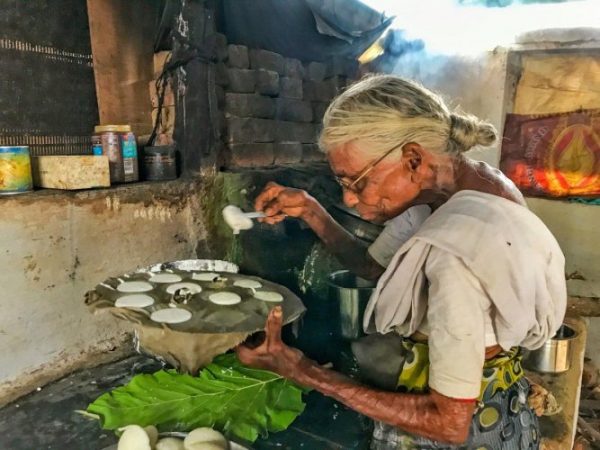 Kamalathal ji believes that the food sold in the market is very expensive and poor people cannot have breakfast of 15 or 20 rupees per day. That is why she sell cheap idli so that poor people can consume in less money and can also fill their stomach. According to Kamalathal ji, eating cheap food helps laborers to save money, so that they can meet other needs of their family.

According to Kamalathal ji, she used to sell idli for 50 paise. But now she has started selling idli for 1 rupee and in the coming years she wants to sell idli for only one rupee. So that poor people can easily eat idli at a low cost.