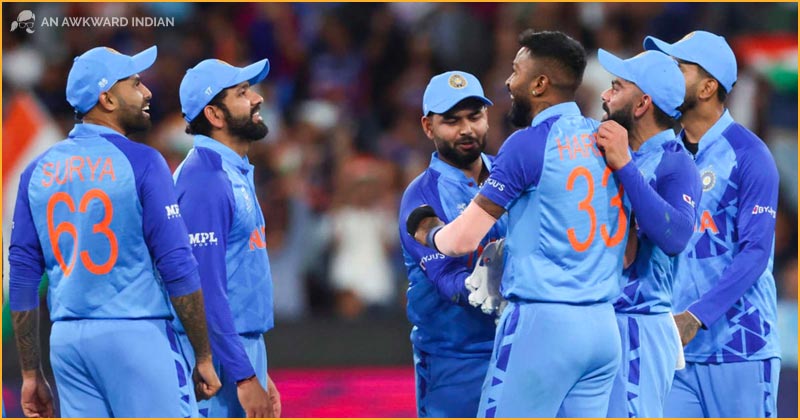 The ODI World Cup 2023 is scheduled to be held in India next year. A total of 10 teams will land in it. 7 teams are to get tickets to the World Cup based on the performance of the World Cup Super League (2020–2023 ICC Cricket World Cup Super League). The tournament matches are scheduled to be held in India in October-November. As the host, Team India has already qualified. 7 teams including India have confirmed their place in the World Cup. But the South African team has not been able to qualify directly so far. Apart from this, the final-2 teams will be decided from the qualifiers to be held next year. But everyone’s eyes will be on India and Pakistan (IND vs Pak), whether they will be kept in the same group or not. In the last two T20 World Cups, both were placed in the same group.

Talking about the World Cup Super League, everyone has to play 24-24 matches. Talking about the current point table, Team India is at number-1. It has played 20 matches so far. Won 13, while lost 6. The team has a total of 134 points. At the same time, England has 125 points in 18 matches and is at number two. New Zealand also has 125 points from 17 matches, but they are currently at number three due to net run rate.

Sri Lanka’s team is currently in 10th place in the World Cup Super League. Their match against Afghanistan on Sunday was abandoned due to rain. Due to this, the hope of qualifying directly has suffered a setback. It has 67 points in 20 matches. At the same time, South Africa has 59 points in 16 matches. It has won only 5 matches so far, while losing 9. They have to play big teams like Australia and England. In such a situation, there is a doubt on their direct qualification.

The last season of the ODI World Cup was played in England in 2019. Then 10 teams landed in the tournament. All the teams got a chance to play against each other. In such a situation, this time too, there can be a match between India and Pakistan in the league round. The top-4 teams got a place in the semi-finals. After this, the final was played. England defeated New Zealand with the boundary count rule in the title match played at home. The Indian team has not won the World Cup title since 2011. Talking about the T20 World Cup held in Australia recently, team India was out of the semi-finals.