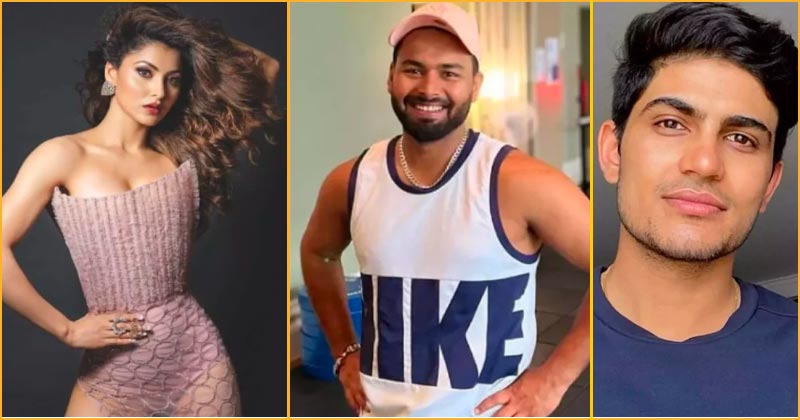 Indian team cricketer Rishabh Pant and Bollywood actress Urvashi Rautela are seen in headlines every day. Often the news of linkup between Urvashi and Rishabh also comes to the fore. Recently both came into the limelight when Rishabh Pant was on Australia T20 World Cup tour, at that time the actress also reached the stadium to watch the match. After this, there was also a social media war between the two. Urvashi Rautela is also trolled a lot on social media regarding cricketer Rishabh Pant. However, what is the relationship between the two that Urvashi is unable to forget the cricketer. This has been disclosed by Indian team cricketer Shubman Gill.

Cricketer Shubman Gill has revealed the truth of the relationship between Rishabh Pant and Bollywood actress Urvashi Rautela during a chat show. A video clip of Shubman is going viral on social media. In this viral video, he is seen sitting in a Punjabi talk show. In this show, the anchor asks him questions about Pant and Urvashi Rautela.

Anchor asks Shubman Gill, ‘Nowadays Rishabh Pant is being teased a lot by taking the name of an actress, is he being teased in the team as well or only outside?’ Replying to this cricketer replies ‘There is nothing from Rishab Pant’s side. He doesn’t get distracted by her activities. Actually, Urvashi wants someone to tease her.‘ After hearing the answer of the cricketer, both of them start laughing.

Have dated each other:

According to media reports, Urvashi Rautela and Rishabh Pant have dated each other at one time. Although both have never confirmed this. Now so much distance has come between the two that they do not leave a single chance to taunt each other. On the other hand, talking about Urvashi Rautela’s work, she can soon be seen in the film ‘Ram Pothineni’ directed by Srinu.